Today’s blogging challenge is the number four. It could be about anything that comes in groups of four. So the group of four that I chose was the four seasons. There are many images and stories that are associated with the seasons.


Place, too, is what the seasons are about. I live near Niagara Falls, which is full of stories, year round. And stories are, for me, what this blogging challenge is about.


In today’s episode of my story of my writing journey, I focus on place. A place can be as much of a character in a story as a human being. I really like stories that describe the place as alive. Because place is important. A sense of being rooted to a place is important.


So I explore place in my ongoing saga of how I chose to follow my dream of becoming a writer. In the past few days, I have been mostly telling the story of my journalistic life. Today, I am going to switch gears and talk more about writing fiction and how I feel it. Writing a news article is all about detachment and objectivity. It’s about giving the facts so that the readers can decide how they feel about the story being reported. Writing fiction, especially stories written in the first person, is just the opposite; it’s all about attachment, emotion, and subjectivity. It’s about letting the readers feel what the narrator is feeling and to see the world through that characters’ eyes.


Today, I am sharing four vignettes. As a writer, I put some effort into focusing on place. Gathering the material for a story is all about exploring place. I take long walks and I try to soak in my atmosphere and listen. I try to listen to the people that I meet and to the river and to the trees. There is story everywhere. So… where to start? Maybe by just doing it. By writing vignettes that describe place. Pictures painted with words, instead of paintbrushes.


You could create such a series of four vignettes. Here are mine. One for each season.

It was winter, the end of a year of changes. Of deaths closeby and births farther away. On a frosty day, I sat inside the old family home, the one with the for sale sign stuck by an old tree stump in the front yard. It was the stump of a tree that had shaded my siblings and me for years as we ran around the tree and tried to climb the tree. And, when I was twelve and my older siblings had gone away, to their adult lives, the tree became diseased and was chopped down and the echoes of the chase games had suddenly been silenced.


I stared out the window at the tree stump and the sky hovering in the western sky and I knew that I needed to walk to the river soon so I could feel something, anything, even if it was only coldness. I looked and saw the ice hanging from the branches of the bare trees and I saw the shadows and the light of winter.

I stepped out of the house and felt the pressure

of the icy wind hit me as if it were a wall. I pushed hard against that wall as the coldness invaded my pores and pushed its way past my fingers and toes to the core of my being. But I was determined to walk away. Away from the house where no one lived any more, except for me. Away from the shadows of the deceased, whom I could see and hear, but no one else could. Away from the pictures on the walls and the echoes of voices in the past.


I walked away from the house that, in the past, was a home full of laughter and now was an echo chamber of past regrets. And soon, I would be walking away forever. A buyer was ready to turn the house of trapped memories into a home.


Even after leaving the house that had become my friend, my confidant, and my mother, I would still keep the memories of the past alive in my heart, as long as I was willing to nurture them. But the past few months, when I had experienced the memories wash over me like a tidal wave, taught me that my past would always be a part of my very essence of being but that it was time to create some new memories, to live in the present moment, and to discover the future that was hidden behind the gray skies and the equally gray but rocky river, and the snow that covered the earth.

I walked toward the river, the icy cold river, with the ice chunks clinging to the shore. I walked past the church which sometimes sat by the road silently, but, today, echoed with the chirpy sounds of small voices that hoped that Christmas would come soon. I remembered that, once, I relished in my own chirpy voice. I walked past the silences of large houses, their doors always closed and their Christmas lights symmetrical and static. And, as I reached the river, I saw the ice chunks and the pieces of driftwood sticking out of the water…

Months ago, I had left my childhood home and had found a place to live elsewhere. I had learned to make the new place my home, but it was a blank slate. It didn’t tell me stories, and it didn’t make me feel much of anything. I wondered how I could make the new place feel like home.

If I felt nothing but walls on the inside,

maybe, I could create a new home outside with color and shape and the joy of seeing something grow from seed to full-grown plant. I stepped out of my door, ready, with my trowel and my gardening gloves and a whole bunch of plants, all placed on a cart.

My neighbor, the man with the grizzled face and the twinkle in his eye. He scared me at first but, then, I realized he was like a barking dog. All noise and no bite. When I first moved in, he told me that he had a big tattoo because that’s what all pirates got when they went out to see in their barely seaworthy vessels. And he loved the startle in my eyes when he talked about the alligators and the sharks and the thieves.

“No, you don’t, little lady, because I don’t know who you are. This is my first time telling this tale. You’d best watch that attitude of yours.”

But here he was, standing in front of me, his eyes twinkling and a smile trying to pull his frowny face out of its usual position.

“The garden. I’m planting the garden.”

Moments later, I was sitting by the garden and am digging the weeds out. The ground felt soft and pliable. Digging felt like pure joy. Just a few months and several broken hearts ago, I had left my childhood home and had come to this apartment building, with neighbors and a bus stop and a courtyard with a garden that had been neglected for years. It was my opportunity to rediscover the magic of the garden and, in so doing, to reinvent myself again. How many times had I reinvented myself? I had lost count but the excitement was always there.

But I digress because that’s what I do. I smelled the soil and I felt the cold wetness of the soil on my hands and it was all good.

Then I saw the gruff man, standing there, staring, saying nothing…

As soon as I stepped through the lobby doors, I felt it. The hot air. Like a brick wall. Thick and immovable. Nevertheless, I pushed through the hotness of it all. The moisture clung to my face and my hair and my eyeglasses fogged up and I saw the world dimly, as if it were an impressionistic painting.

I had lived in this building for several months. The building, which once felt like a bunch of silent walls, felt alive with a babble of the stories of people who had lived lives apart and had come together, their stories melding together and not melding together. I walked to the garden to water the plants. The oppressive heat had sucked the moisture out of them, even though, to me, it felt wet and sticky.

It was time. Time to go back to the river. Time to reclaim my place there, among the rocks and the marshes and the trees that liked having their roots in the water. It was time for me to explore that cathedral of nature, with its silences and its bird songs and the calls of birds getting ready to mate. It was truly my place, my home, my happiness, and my health. In short, the forest was my all in all. My everything.

I walked in the park and stared upward, glimpsing the tops of the tall trees. I heard the water rushing off in the distance. 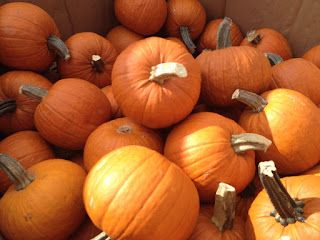 I walked alone and I looked for the pumpkins in the yard that was always filled with pumpkins this time of year. I walked beneath canopies of red, orange, red, and green.

I touched the trees and I walked past them, walking closer and closer to the river, whose rushing waters took away heartache and brought back healing and hope…